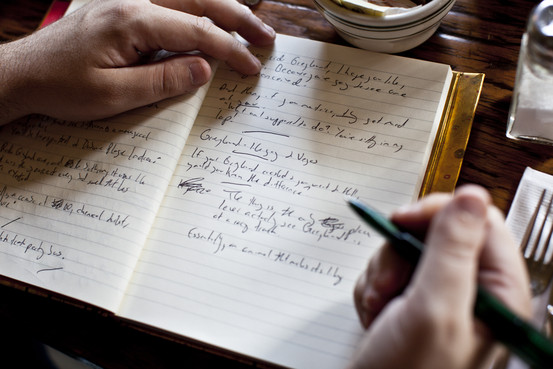 As one who spends most of his time in this glamorous world of business we call “show,” I find it easy to forget that religion is a serious topic. Most performers don’t really adhere to any one particular faith. I ascribe this to ego; there’s simply no room in their world for a being greater than themselves.

To every person who are raised to believe, there are two kinds of people:
1. The completely reasonable religion *I* was raised in, that makes total sense sense.
2. The ranting lunatics in those *other* religions.

Most rational human beings, whether raised as a snake-handler or atheist, will have a crisis of faith. And this person, no matter what nationality, race, or creed, will inevitably ask him or herself: “What if those religious nuts I grew up hating are right, and I’m going to end up in hell? Am I, in effect, partying with the right crowd? Or, when I die, will I try to get into the Great VIP Room in the Sky, only to be told by an angelic bouncer that I’m ‘not on the list’?”

Indeed, it’s not easy to know whether or not you’ve chosen the right religion. Luckily, I have my bases covered: My mother is Jewish, my father is Irish Catholic, and I was raised Buddhist. So I’m either eligible for every Heaven, or the hells of several religions are going to have to bid on me. Either way, I’m covered.

But not everyone can be so lucky. Don’t despair, though, for today I bring you good news: It’s not too late! You can still change faiths out of a deep and abiding belief in making a cynical last-minute bid to get out of going to hell. But which one is the right fit for you? Let’s do some comparison-shopping:

A true smorgasbord of religious possibilities. The basic tenet of Christian belief is that God sent his only son down to Earth, where he gave a message of peace and love to all mankind. Naturally, this is a point of great contention and the cause of much fighting among the different sects of people who all believe the same thing:

Catholicism: Do you love Jesus but hate the feel of condoms? You can tell your significant other, “Baby, I’d love to, but God says we shouldn’t.”

Protestantism: For those who feel that traditional Catholicism isn’t oppressive enough.

Baptism: For people who like the oppressive nature of Protestantism, but like a little more show biz in their sermons.

Big bonus: The Bible is so big, and filled with so many contradictory things, that it’s possible to believe one thing while behaving completely differently.
Big drawback: Premarital sex is out, as is excessive drinking. So be prepared to cut out all the things that make life worth living. Just kidding! But seriously, be prepared to feel very guilty.

More than a religion, Judaism is a lifestyle. It has many special dietary rules and arcane rituals dictating that, for instance, you can’t eat cheeseburgers and you’re not allowed to do anything other than sit in a dark apartment all day Saturday. The good news, though, is that most Jews only follow those rules when they feel like it. That’s called being a “Reformed Jew.” They aren’t Jewish so much as Jew-ish.  The bad news is that if you’re a guy, they will want a “piece of you.”

Big bonus: Progressives who weren’t lucky enough to be born black can still join an oppressed minority.
Big drawback: Everyone else in the world will hate you.

Boy, oh boy, if there’s one thing thing we’ve learned, it’s that Muslims traditionally have a very good sense of humor about their faith.

Big bonus: If you’re a Muslim in America, you don’t have to worry about bringing a camera to take pictures of family events; the FBI’s got you covered.
Big drawback:  What am I, a hero?

Big bonus: When it comes to picking up 19 year-old college students, it beats doing kegstands.
Big drawback: In three years, you’ll be a Catholic.

The other religion of Hollywood celebrities. Your friends will all think you’re in a cult; worse, they’ll be right. The German government hates Scientology, and if there’s one thing the German government is famous for, it’s having a good sense about which religions to persecute.

Big bonus: You will join a religion with a team of attorneys on call.
Big drawback: Scientology’s tenets are encapsulated in “Battlefield: Earth.”

Hey, you’ve already lost your mind, why not your circle of friends too? The only people who want to hear about Wicca are other Wiccans. It’s based on the worship of Earth and Nature; this is another way of saying, “prepare to be dirty.” Its followers are mostly female, so if you’re a dude who can nod convincingly while sitting cross-legged, you’re in like Flynn.

Big bonus: Learn Earth magic and wreak havoc on those snotty cheerleaders from high school who all laughed at you.
Big drawback: The rest of us are now laughing at you, too.

Atheism is the declaration that there is no God. Agnosticism is the same thing, but with the caveat that if there turns out to be a God, you believed in Him the whole time. Be warned: For people who don’t believe in anything, atheists sure spend a lot of time talking about it.

Big bonus: No beliefs equals no rituals, holidays, or ancient laws to follow.
Big drawback: Atheists are even preachier than hard-core born-agains.