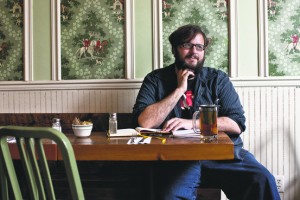 Most recently, he was hired to script funny training videos for Microsoft, and a show he contributed to, GARY BUSEY: PET JUDGE, premiered on Amazon Prime.

He has been a contributing writer for SATURDAY NIGHT LIVE’s Weekend Update and Hannibal Buress’ set on Comedy Central’s ROAST OF JUSTIN BIEBER. He has written for Comedy Central and comedycentral.com, as well as various publications including Maxim among many others.

Liam has trained in sketch comedy writing at the Upright Citizens Brigade Theater, and in improv at the UCB and the Groundlings.

Liam produced a benefit that Triumph the Insult Comic Dog headlined. You can find the whole set here, and he wrote a bunch of jokes for Triumph as well. Below are a few:

Liam wrote for this show on Comedy Central:

Liam was never on staff as a writer, but did come in every week with ten pages of jokes: