Talking to a friend this week who works at Sirius/XM, and he told me that for the next couple weeks, they’re going to have a free two weeks for anyone who used to have the service. So, if you have a unit in your car or whatever, you can just turn it on and you’ll be able to listen to a bunch of channels.

I say this for two reasons. First of all, I get played on their comedy channels quite a bit, and I’ve gained some new fans as a result, and so it behooves me to not only do them a favor, but to spread the word a little bit and remind people that they can listen to me. And some other great comedians, but mostly me! Me! Me!

Secondly, I was a little skeptical of the service for a long time. Not just before they started playing me (listen to my comedy on Sirius! let them know you want to hear more!) but I grew up, and spent most of my life, in New York City, which was always a terrible radio town. But we had the luxury of being a terrible radio town, because, unless you commuted in from the suburbs, listening to the radio was never really a regular part of your life. Maybe if you lived alone and wanted to play some music and you were tired of your records and tapes you might turn on the radio long enough to remember why you didn’t turn on the radio.

Or you might listen to Top 40 at work so you wouldn’t have to hear the sound of your coworkers sniffing, scratching, and chewing all day every day. Of course office shootings were going to happen in the ‘70s, ‘80s, and ‘90s. before workplaces became so headphone-friendly, you had nothing to do but listen to the 45 minutes your coworker spent discussing where she and her boyfriend were headed for  dinner that night. Right?

The other thing you have to know about the New York City I grew up in was, there were genres for music that people were fans of, and they were fiercely devoted and partisan, and looked down on all other genres of music.

That sounds ridiculous now, someone who is a heavy metal devotee who also doesn’t listen to some rap, or even Morrissey. There are a lot of people like myself, who listen to everything. But this was back before file sharing tore down all the financial barriers to musical fandom. Once upon a time, young people, being a fan of a musical act was a serious financial investment. 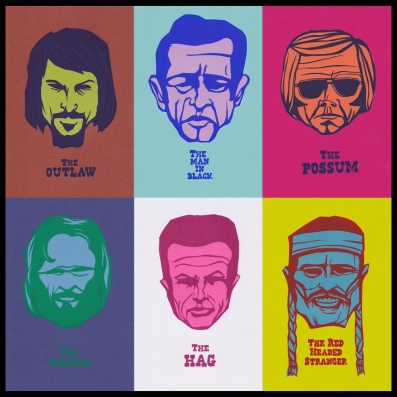 If you were sixteens years old, and you were making seven dollars an hour at some horrible fast-food job, and a CD cost $16.98, you bet your ass you thought twice or three times before taking a chance on a band who maybe had a single you heard on the radio (a lot of times, that was the band’s only good song), or a band that you heard from your one glue-sniffing friend might be good.

Or a band whose name you just enjoyed saying over and over (my favorite part of any Husker Dü record is saying Husker Dü and giggling).

I mean sure, Rolling Stone liked Primus enough to write an article about it, you remember that they describe it as a band that “mixes thrash, funk, and progressive rock,” and that that was written by someone who gets free records and concert tickets, and that if you’re going to drop three hours of your life after taxes working for the man, you bet your ass it’s going to be for something that doesn’t sound quite so terrible. (Then you’ll go to college and have that one friend who studies Primus like the monks of the fifth century pored over and illuminated copies of the Bible. Drugs.)

So I never got into country music. New York City in general has always been a Rhythm & Blues town—the reason hip hop was invented up in the Bronx was that it started at parties up in the Bronx, where R&B and disco were the dominant musical styles, MCs, literal masters of ceremony talking over a good groove – and then where I grew up in the middle of Queens was dominated by hard rock and classic rock. Sure, the parents liked a little Motown, but it was all about the long-hair rebel rock.

So if you listened to country, you kept quiet about it. Sure, there was the odd artist who crossed over into the mainstream, your Willie Nelsons and your Dolly Partons, whose greatness could be denied by no man. But generally, country music was for making fun of on Hee Haw, or jokes about how I done broke up with my sister and lost my pickup truck and now I sleep with my good ol’ tick hound named Beau.

I began to change my mind the day I found the Sunday morning country-western show on WKCR, the Columbia University radio station that plays normally endless hours of old jazz. Sundays are the day the students are able to wrestle the station’s programming out of the hands of decades-dead hipsterism and play a broader array of music. And I began to really appreciate country.

Now, of course, I pay $9.99 a month to Spotify, and if I think of a band or a song or a genre, I’m able to call it up and decide I don’t like it in two minutes. And so the passion dissipates, and the tribalism fades.

The point is, my dad and I went down to Tampa last year to watch spring training baseball. To watch the Yankees just trounce the Mets. And my eyes were really opened to how much time the ordinary American spends in their car, and of course you’re going to listen to whatever you can get. Want to know why Evangelical Christians have such a grip on such a large swath of the country? They’re on the radio all day every day, talking and talking and talking.

So this Sirius/XM was a godsend, because I would have paid a million dollars to not listen to more than two minutes of local Tampa radio (the service came free with the rental car) and we listened to a lot of a station called Willie’s Roadhouse. Willie Nelson and his family program and host 24 hours of old country music, and it is glorious. All these old voices that are household names in households far from where I grew up. I know that a part of it is that it is a culture that is still exotic to me. And it’s partly because so much of this music is so universal, as Ray Charles famously discovered.  So turn on your Sirius device and give it a listen. Or start below, i’ve provided a few examples of my favorites:

Loretta Lynn was a gangster before gangster was gangster:

And here’s Dolly, Tammy, and Loretta: